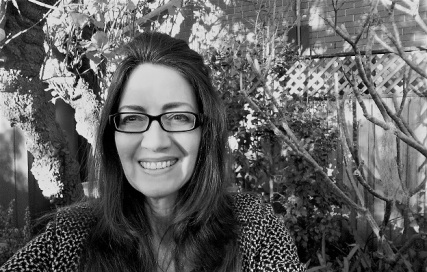 My mother, Joan O’Hagan, was a novelist well before I became an editor, and her books (crime) were published by Angus & Robertson and Macmillan. Her final book, which took her over ten years to research and complete (without Google and on a manual typewriter) was altogether different – it was an imaginative recreation of the life of the controversial Saint Jerome, creator of the Latin Vulgate Bible.

When negotiations with a commercial publisher broke down, I took over the proofs and released Jerome & His Women independently under my own imprint, Black Quill Press, shortly after my mother had passed away. Two years later I re-edited A Roman Death (originally published by Macmillan), an historical thriller set on the eve of Caesar’s assassination, and released that too.

Editing my own mother’s books remains the toughest challenge I’ve faced professionally. Here are some of the lessons I learned along the way.

Without doubt, the biggest and most obvious hurdle you face in editing a relation’s work is to preserve impartiality – and be recognised as doing so. Resist the temptation to let your relationship get in the way of editing; treat the manuscript as you would any other and bring to it the same editorial rigour to achieve structural coherence, internal clarity, and elegance. This can be tricky. The patience and tact which are important ingredients in any author-editor relationship are vital. In the case of my temperamental and strong-willed mother, we got off to a bad start when I rejected her first draft of Jerome because I felt it trod an uneasy line between fiction and research; eventually, as I explained my reasoning, she took up my suggestion of reworking it.

The better your grasp of a genre, the easier you will find it to be objective about a manuscript. In the case of Jerome, set in Rome in 382 AD, I realised that no one had ever attempted a human portrayal of the difficult, erudite, and explosive man who would later become St Jerome. I found my mother’s fascination with him infectious. My job, I realised – if the book were to resonate with a wider public – was to make the reader feel something of the same fascination.

Be prepared for frank discussions

Don’t compromise any aspect of editing for the sake of your relationship with the author – be prepared for frank discussion! With Jerome, I stressed that while a contemporary audience would likely be interested in exorcisms, high-up political intrigues in the early Church, and poignant discoveries of martyrs’ bones, it would probably struggle with, say, understanding the ascetic movement in early Christian Rome with its practices of excessive fasting and self-mortification.

Authors don’t always agree with the editor’s suggestions, however, and my mother was no exception; one of her limitations, I believe, was her lack of appreciation that her love of the classical world may not have been universal, and consequent reluctance to make concessions to the general reader. We reached a compromise: we would compile a glossary of names including the main protagonists, most of whom were historical figures. Due to my mother’s failing health, I ended up writing it myself, which was both absorbing and time-consuming but necessary to obtain her seal of approval as she was by then being cared for within our family home.

Depending on the nature of the manuscript, this may make for a better book and help keep your approach objective. In the case of both Jerome and A Roman Death, despite my mother’s background in Classics and knowledge of Latin, the question nagged at me: even with my fact-checking, could I be sure that she had represented historical events and the characters’ behaviour plausibly? A daughter may be inclined to believe her mother, but as her editor I could make no such assumptions.

I therefore approached subject experts both in Australia and overseas who (thankfully) gave her research a resounding thumbs-up, welcoming her imaginative approach to a subject traditionally the preserve of historians. Some even offered to review the book, which leads me to my final word of advice.

One drawback – and this caught me by surprise – of working on a book by a relation (especially published posthumously) is the perception that your motivation is purely personal. This, paradoxically, takes the focus away from the book. ‘Your mother would have been so grateful!’ was the common response after Jerome and A Roman Death were published.

You can counter this by helping to set the work within a wider framework, such as approaching another writer in the genre to contribute, or by eliciting industry reviews. I was delighted, for example, when the best-selling American novelist Steven Saylor kindly agreed to write a foreword to A Roman Death, or when an in-depth and glowing review of Jerome came in from Sydney-based Early Church expert Mario Baghos.

I was also shortlisted for my work on Jerome by the Institute of Professional Editors in the inaugural Rosanne Fitzgibbon Editorial Prize, 2017.

At last, readers began to see the book in its own right rather than ‘Denise’s mother’s book’.

Denise O’Hagan is an editor by trade. Born and raised in Italy, she lived in the UK before emigrating to Australia in 1990. She holds an MA in Bibliography and Textual Criticism, and worked in book publishing in London (Collins, Heinemann, Routledge) and Sydney (Harcourt Brace, Cambridge University Press, State Library of NSW). In 2015 she set up her own imprint, Black Quill Press, to assist independent writers.

A member of the Australian Institute of Professional Editors, Denise has also written fiction (short stories, published by Papyrus Publishing) and poetry (published in Other Terrain Journal and New Reader Magazine).