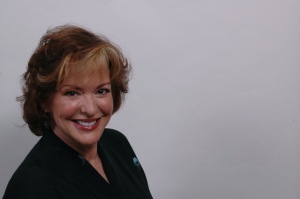 Jacquelyn Mitchard is the author of 21 books, including 15 novels for adults and teens. Her first book, The Deep End of the Ocean, was the first selection of the Oprah Winfrey Book Club, with more than 4 million copies in print in 27 languages worldwide. Her second novel was nominated for the Orange Prize, and two of her books have been made into films. A member of the 2003 Fiction Jury for the National Book Award, Mitchard is the editor of Merit Press Books, a Young Adult imprint under the aegis of F & W Media, and was the 2013 recipient of the Bram Stoker Award for a ghost story in a collection honoring her mentor, Ray Bradbury, a story also a finalist for the Shirley Jackson Award. Her novels have enjoyed wide popular appeal as well as critical acclaim, her first book called by USA Today one of the most influential novels of the 20th century. She was named a DeWitt Wallace Readers Digest Fellow by the MacDowell Colony and a Distinguished Fellow by the Ragdale Foundation. A member of the MFA in Writing faculty at Vermont College of Fine Arts, Mitchard lives on Cape Cod with her family.

I began writing when I was able to write, but began writing for a living at 21, when I became a newspaper reporter in Chicago. I wrote a memoir about infertility in 1987, but it wasn’t until 1996, after the far-too-early death of my first husband that I wrote a novel. I felt that I needed something big and impossible to help me to go on. My agent saw something remarkable in the manuscript of The Deep End of the Ocean and sold it to the first publisher who saw it, and since then, all of the books I’ve written have been bestsellers to a greater or lesser degree.

I love telling stories. I can’t imagine a life without it. They say the history of humankind is shards of pottery, but it isn’t. It’s stories.

My next book, Two If By Sea, will be out in March 2016 from Simon & Schuster. It’s the first book in which there is a large element of magical realism. A disabled former Chicago police officer, Frank Mercy, is widowed in the Brisbane tsunami, and later the same day, rescues a little boy who is something extraordinary. He could potentially control the fate of the world with his will. Frank quickly learns that people are after the boy named Ian, and, across three continents and through countless near-calamities, he devotes his life to protecting the boy.

After that, my next book will be a classic ghost story, loosely based on the legend of Roanoke, called Dandelion.

It’s the right side of my bed. I live in a very small house, and, unless I’m at a writers’ residency, I work propped up on the pillows in my room. But I do get dressed, wash my face, and put on mascara!

I have three jobs: I’m a book editor, an MFA teacher, and a writer. Whatever is most needful that day gets first priority. I start work at 7 a.m. after the kids leave for school, and finish up about 3 when they return. Writing is an urgent part of my life, but it’s the tenth most important thing, after my kids.

It’s different from almost every other fiction writer I know. The ending of the book, where it will lead me, is far up in my mind when I begin to write, usually after several months of research (the research continues throughout the process of writing, as well). I need to know how it ends, just as, if I get on the train, I know I’m going to get off in Chicago, no matter how many stops and detours. In a general way, I need to know what’s going to get me from Boston to Chicago, what the weather will be like, and the provenance of the trouble. I don’t like to run forth blindly, and, although everything changes in the actual writing of the book, that general sense is like a torch that lights my way.

I may seem to be flippant, but it’s all I CAN do. I’ve thought of doing many other things, but frankly, the ability to tell a story is a talent that confers enormous power in its way. I want people to read what I write, in all its human variation, and to cry and laugh, and think.

Time is a huge challenge. I have so little. I have so many responsibilities, and I want to give my best to every one of them, so along with being a mom, and a wife and a sister and a friend, and really wanting to be present – as they say now – for those things, I’m an editor, and a teacher, and so the moments, the whole days, that I can write stories, they’re cherished. I love the other things, too; it’s not just to make money or have health insurance, but they take a great deal of time away from writing. Once I can have time to write, well, everything is a challenge. I’m not a natural. I have to work at making people and situations believable and beguiling.

How many ups and downs there would be.

I wish it were easier for new voices to be heard, the kind of voices that will take years to nurture, so that they can develop their power. I wish that established writers could take more chances without compromising their ability to make a living – because of course, editors want something that seems familiar and is entirely fresh, which is a TALL order. I know that people are reading voraciously, as much as they ever did, and I’m not sure that what authors make from the e-publication of their books is just. I don’t worry about the future of stories, but about the future of authors. I wrote a satire a few years ago about a publisher called Sylvia Wisdom who, instead of authors, was looking for “idea producers” who would come up with concepts others would execute. What’s nuts is that this sort of actually happened a few years later.