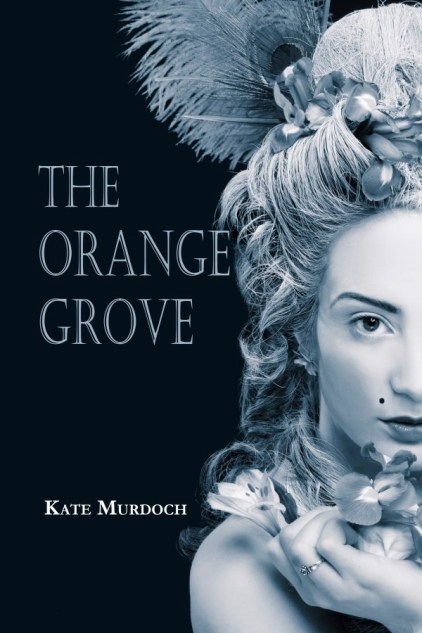 The Orange Grove by Kate Murdoch is a thoroughly satisfying tale of class struggles and romantic tensions set in 18th-century France. At the heart of the novel is Henriette, one of five mistresses of Duc Hugo d’Amboise. When the Duc becomes a little too enamored of his newest mistress, Letitia, his wife succumbs to a vicious jealousy that threatens every other woman in the chateau. Henriette finds herself torn between her previous loyalty towards Charlotte with all its associated benefits, and her desire to shield and protect the vulnerable Letitia.

Despite being historical fiction, The Orange Grove feels not just timeless but timely, the precariousness of a woman’s safety in her own community adding contemporary resonance to this book. It’s hard not to wonder if women these days are any better off than they are here in the stifling context of court where position and privilege determine whether one is welcomed or exiled. This is a high-stakes game where status is a crucial component of survival.

The Orange Grove puts a true ensemble cast to work with rich characterization and distinctive voices. While Henriette is essentially the lead of this production, the supporting players have strong roles with compelling individual stories. The only one I don’t remember hearing from directly was the Duc himself; from memory, The Orange Grove never features Hugo’s point of view. This omission is interesting because it objectifies the Duc, suggesting it’s his rank and related ego rather than any intellectual agency that drives all the fuss around him.

Fans of period dramas like Downton Abbey will enjoy how Murdoch weaves all her subplots together in The Orange Grove. What I appreciated most was that each character completes his or her own individual journey, rather than simply moving the overarching narrative along. I also liked the moral ambiguity of some, such as Roman de Villiers, who comes to the chateau with a complicated personal history involving the Duchess and finds his instincts for self-preservation at war with his growing affections for a new woman.

There are villains in The Orange Grove, but Murdoch gives them sufficient backstory to make them more than mere plot devices. There is a tragic side to this court life, where the higher a woman ranks, the more she is constrained by expectations and restrictions in order to maintain her place. This makes a mockery of power, and forces the reader to question whether having the freedom to make choices that resonate with one’s own ethics is perhaps the truest privilege of all.

You can order The Orange Grove here.