My first publication happened when I was seven, which is to say, I peaked early. As a result, my underdeveloped brain believed I was going to be a writer. During my first university degree, I took a couple of creative writing classes, and entered a few writing competitions with lofty names like the Carol Shields Creative Writing Award (Shields was a Pulitzer-winning Canadian author), and won.

I got so confident, I didn’t even bother to write for several years – I was going to be a writer, and I clearly knew what I was doing, so what was the hurry? This break from writing was one of my smarter moves; I had some growing up to do.

Then I applied for an arts grant and received that too. I’d had a few knockbacks by then, but now I had My Big Idea, and the grant application was the first time I’d sent that idea out into the world. Grant received, I assumed I had the universe’s stamp of approval on The Big Idea.

After five years of hard work, I sent The Big Idea – now a big manuscript – to publishers, and began racking up rejections. After working through two full manuscript assessments, I realised the key problem: I didn’t actually know how to write.

Then I had a stroke of real luck. At a networking event, an acquaintance introduced me to another writer who was planning to form a writers’ group.

I’ve been with that writers’ group for nearly five years now, and taken over as coordinator since its founder moved overseas. It’s become one of the most valuable parts of my writing process. It was the skill development I undertook through the group that led to my first book publication, My Name Is Revenge. 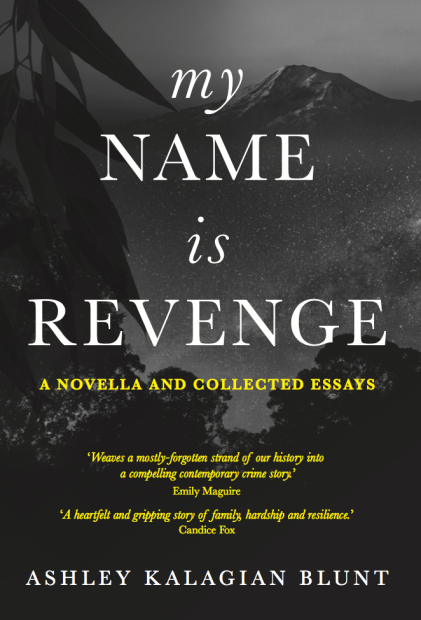 Whether you’re thinking about joining a writers’ group (do it!) or you’re in one already but think it could be more effective, here are my tips on getting the most out of the experience:

Find the right group for you

All writers’ groups are different, so it depends on what you’re looking for. The first one I tried focused on generating material in their sessions, then reading aloud and giving light verbal feedback. I think the most important thing you can get from a writers’ group is robust, in-depth feedback, but it depends what stage of the process you’re at. Don’t be afraid to try a few different groups before settling on one. Or form your own.

My group focusses on feedback, and our monthly meetings work like this: approximately one week before each meeting, we email our excerpt around, so we can all read them in advance. To me, this is essential. For one thing, it means I have time to re-read and think deeply about the excerpts. It also means I can make as many comments as I feel necessary, on what works as well as areas I think need improvement. This is a time commitment – everyone in my group sends up to 6000 words each month – but it’s worth it for the quality of feedback.

When my group gives feedback, we follow a set of rules: if my excerpt is being discussed, everyone takes turns giving me their main points of feedback – they may have written more comments for me, but verbally they only raise their key points. As the feedback recipient, I can’t talk until everyone is done – I can’t explain what a certain paragraph meant, or tell the reader why they misunderstood. I shut up and take notes until everyone is done, then I have five minutes to ask questions. This helps to keep the meeting moving along. This also gives the writer a chance to absorb the feedback and think about why the person might have interpreted the excerpt in a particular way.

Another rule we stick to is restricting the group to five members. Three is too few, and six means we don’t have enough time in our meetings to fully discuss each piece.

Great feedback focuses on your experience as a reader, while drawing on your expertise as a writer. Note what works well, what captivates your attention, where you feel the tension building, and your emotional investment in the scene. Note also where you’re jolted out of the scene, where the description drags, where you’re confused or uncertain. This can be most helpful when it comes to the balance of showing and telling. Are the details showing what the writer thinks they are? Your own writing skills will improve as you develop your ability to pinpoint what works in others’ writing, no matter the genre.

State and local writers’ centres are a good place to find a group. Writing NSW hosts over 30 groups and lists more around the state, some of which are open to new members. Early each year, they also host a Writers’ Group Open Night, which is a chance to learn about the various groups, meet their members, and discuss. If you can’t access an in-person group, you might try joining an online writers’ group. One way to do this is to take an online writing course, and connect with others looking for ongoing peer support and feedback. In Writing NSW’s online writing courses, an online group almost always forms after each class.

Ten years after embarking on The Big Idea That I Thought Would Be An International Bestseller Because I Knew How To Write, I still don’t know how to write. But I know how to draft, and receive feedback, and use that feedback to redraft, and I’m willing to do that over and over. The more feedback I receive from others who understand how writing works, the more I can sharpen my own writing to be the best it can be.

Ashley Kalagian Blunt is a Sydney-based author. Her first book, My Name Is Revenge, was shortlisted for the 2019 Woollahra Digital Literary Award and a finalist in the 2018 Carmel Bird Digital Literary Award. Her writing appears in Griffith Review, Sydney Review of Books, Westerly, the Australian, the Big Issue and Kill Your Darlings. Ashley is a Moth StorySLAM winner and has appeared at Story Club, the National Young Writers’ Festival, and Sydney Writers’ Festival.

My Name Is Revenge is available in paperback and ebook from major bookstores around the world, and from your favourite Australian bookshop. Or get your copy with *free shipping* from Spineless Wonders.