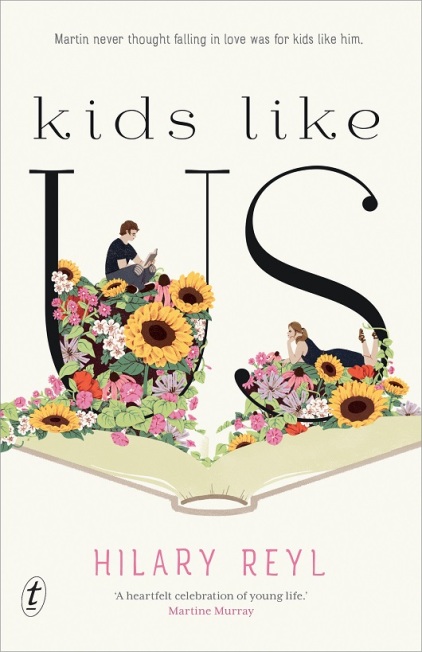 Kids Like Us was a lucky dip for me, a book I randomly grabbed off a shelf at the shop and found myself really enjoying. At its heart, it’s a sweet and simple story about a high school boy falling in love for the first time. The twist? Martin has autism.

What I appreciated about this book is that Martin is a character, not a case. Author Hilary Reyl resists making him a teaching opportunity, either to secondary characters or to readers. We do see how Martin’s friends and family use his diagnosis to contextualize some of his behaviour, but this is first and foremost a coming-of-age tale about trying to bridge the gap between fantasizing about another person and relating to them on a real level.

This is also a story about self-actualization. Although Martin recognizes that he sees the world differently than others, his primary concern is how to make meaningful connections—not to conform. Meanwhile, the other teens around him are all going through the same thing, trying to improve their social ranking, wondering what they’re willing to sacrifice to achieve individual goals, and beginning to realize that their way might not be the only way in a given situation.

There’s a level of nuance to these characters that I found unusual in a children’s book. When Martin questions whether or not his new friends are actually using him, he then wonders if it even matters, or if the benefits outweigh the costs. This seems particularly complex reasoning for someone with autism and shows Reyl’s craft in writing Martin as his own person, rather than a stereotype.

It could also be argued that the support programs Martin participates in have encouraged an earlier awareness of individuality than some of Martin’s peers possess; Martin has grown up knowing what makes him different, while other teenagers are only just beginning to look for that balance between being unique and finding acceptance.

Reyl also provides a fresh spin on the study abroad narrative. When Martin’s mother is assigned to work on a film set in France, Martin and his sister Elisabeth attend the local school. French flavor permeates every page of Kids Like Us, without resorting to a collection of clichés. Perhaps this is because the culture is already familiar to Martin, whose father comes from a French background. In any event, I enjoyed the sense of everyday authenticity and found the teen student scene an interesting variation on the genre.

4 thoughts on “Kids Like Us by Hilary Reyl – Book Review”