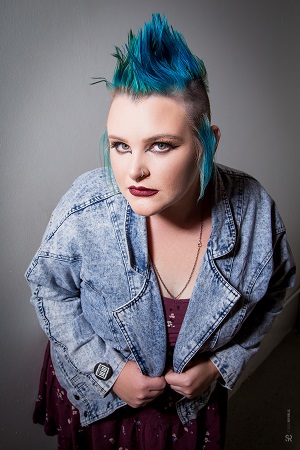 My daughter is 7, and when other mothers ask what I do, and I tell them I’m a writer, it’s obvious genre fiction isn’t what pops to mind.

Women are marginalised, and therefore have stories to tell that can transform and subvert existing horror conventions. Horror itself has subverted expectations about ‘monstrous’ and ‘normal’ or ‘evil’ and ‘good’ right from the beginning, and now, more than ever, compelling and diverse female horror writers are reaching more readers and expanding definitions of horror. 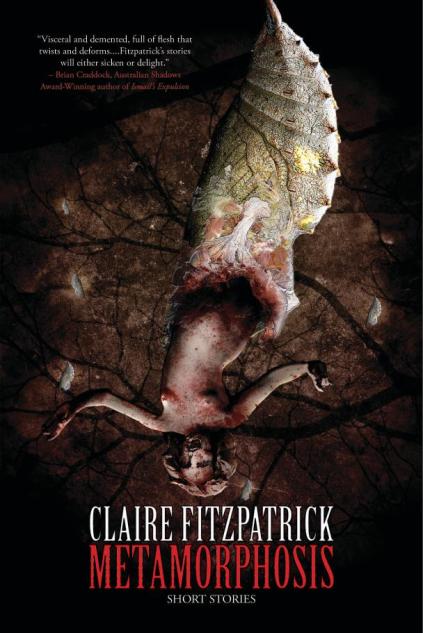 There are a lot of female horror writers out there if you know where to look. In fact, while horror and suspense in mass media have often been dominated by male directors and creatives, female writers created the backbone from which so much terror was built. Mary Shelley, author of Frankenstein, is credited with writing the world’s first science fiction novel and is considered “the mother of horror.” Daphne du Maurier, and her book Rebecca and short story ‘The Birds’ were adapted into notable films, the latter by Alfred Hitchcock. Anne Rice single-handedly revolutionised Vampire fiction with the publication of Interview with the Vampire. So…. we’re out there.

Horror becomes an easy genre to stereotype because it is one of the darkest genres. By being an obscure genre, audiences often make Gothic or tragic assumptions as to why the author would write about death and murder instead of a love story. It’s easy to think of horror writers as people who sit in their dingy house, ordering pizza night after night, who laugh maniacally as they kill off their characters. It’s even easier to imagine men as these people, especially if the stories are exceptionally brutal or gory.

Personally, I write a lot of body horror. My stories are quite gory, and have been described as ‘visceral and demented,’ ‘flinch-inducing,’ and ‘gruesome.’ But a lot of my stories are metaphors for parenthood and my Epilepsy, and are semi-autobiographical (without the missing limbs, of course!). My daughter has Autism, and after one of her bad days it can be incredibly cathartic to unwind by writing a gory scene where someone pulls their own skin off. I honestly don’t know how I’d write that frustration into romance. Angry sex between bickering lovers? I’m not sure.

In my stories, women aren’t physically weak or terrorised by men (like a lot of horror/thriller female characters can be). My characters aren’t meek or passive. They’re strong-willed, and, though scared, never falter. A lot of the time their horror is transformational and somewhat pubescent. The horror is revealed to be themselves, or their bodies, instead of monsters under the bed. The fear is personal and meaningful with no references to stereotypical female horror clichés such as a ‘final girl.’ In this way, a lot of my stories celebrate women’s bodies, just in a slightly grotesque fashion.

There are, of course, many well-known female horror authors out there. Once you find yourself within the inner circle, you discover a horde of wonderful women writing terrifying things. The problem isn’t our circles, it’s the circles around us, around genre writers as a whole. It often feels like the rest of the world doesn’t see us.

There’s no shortage of female horror writers, and there’s no shortage of male champions, but there does seem to be a bizarre siren call that often directs women away from ‘straight’ horror to other areas of speculative fiction, such as paranormal romance, urban fantasy, etc. Maybe it’s merely because it’s more popular?

Paranormal romance, in particular, seems to be the new gothic romance. Readers of this genre want a love story with a twist, something that’s darker than a typical love story, with supernatural elements which provide excitement and danger. Paranormal romance readers want a story where no matter how much risk the heroine is in, she’ll ultimately be protected by the immortal or supernatural boy who has ‘chosen’ her to be his one and only. Unfortunately, this formula excludes a lot of good horror fiction, and female horror fiction writers, who exist outside the paranormal romance genre.

Writing horror, for me, is cathartic. It’s a way for me to make sense of the world, to make sense of my world. And there are a lot of things in the world of women that make no sense. Misogyny and sexism are two constants that probably won’t be eradicated any time soon. But writing horror is a wonderful platform to elevate these problems and decimate them with words. Or turn them into mincemeat. Literally.

Claire Fitzpatrick is an award-winning author of speculative fiction and non-fiction. She won the 2017 Rocky Wood Award for Non-Fiction and Criticism. Called ‘Australia’s Queen Of Body Horror’ and ‘Australia’s Body Horror Specialist,’ she enjoys writing about anatomy and the darker side of humanity. Her debut collection ‘Metamorphosis’ is out now from IFWG Publishing.