I had every intention of reviewing these reads in my usual format, which is to say, one book at a time in explicit detail. Then my husband and I made the decision to start keeping all our kids home from school, even though our schools haven’t closed yet. So now I have two teens trying to catch up on classwork online while my younger three sons whizz a superball around the living room and yell at Alexa to blast Baby Yoda. It’s…challenging.

That said, at least I’m not trying to promote a book amidst event cancellations, festival and conference closures etc. I really feel for all the authors who have busted a gut getting to this stage of publication only to have the plug pulled on their tours and readings.

Given we’re all going to be social-distancing for the foreseeable future, it seems like a good excuse to buy lots of books and catch up on our TBR lists! In no particular order, here are my thoughts on 5 recent reads: 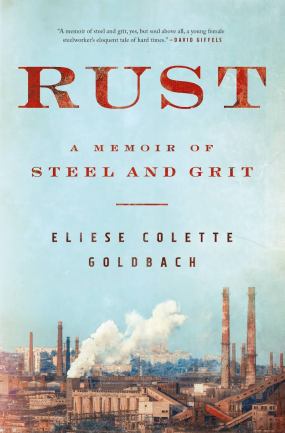 A memoir about steelwork in Cleveland isn’t the sort of thing that would normally catch my eye, but I found this book fascinating. For starters, the writing is great. Goldbach brings a strong, lyrical voice to what could otherwise be very dry, staid subject matter, creating an oddly compelling narrative that is both informative and entertaining.

I realized halfway through this book that I can’t remember the last time I read something set in Middle America. I don’t even really know anyone from Middle America, so in some ways, reading this felt like travelling and seeing firsthand how the other half lives. The steel mill is based in Republican country, and Goldbach does a great job showing the context for that political sentiment, while exploring how personal experience caused her own views to gradually shift left.

This is also a memoir about navigating faith and learning to manage bipolar disorder, and it is to Goldbach’s credit that these two stories mesh together neatly within the greater theme of steelwork.

Our Dark Secret by Jenny Quintana 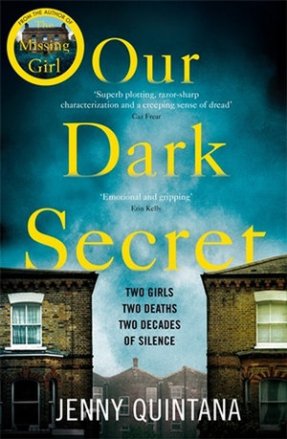 This was an unsettling read about the not-quite-friendship between two girls bound together by misfortune and unhappiness. There’s a lot to dislike in this book, and I say that as a compliment. Where a lot of novels cave to the pressure to create delightful or otherwise scintillating characters, this book shows real people, several of whom are disappointing at best. (Parents, in particular, look rather unpleasant here.)

The mystery aspect of this novel was neither here nor there for me, with the reveal not much of a surprise—perhaps because the crime is all too common in the real world. What I loved about this book and found really unique is the way it explores social dynamics and imbalances of power. The relationship between the cool, indifferent Rachel and the bullied Elizabeth is awkward and uneven. I love that Quintana doesn’t saint Elizabeth just because she’s overweight and unpopular; she’s actually fairly shallow and a bit of a grub. This is risky characterization, but I think it pays off, making Our Dark Secret unlike any other “friendship” story I’ve read before.

Will and Testament by Vigdis Hjorth 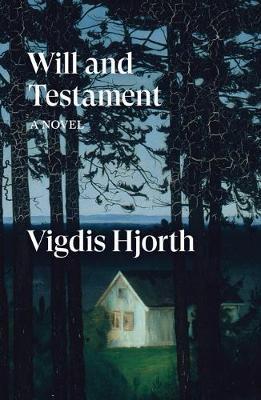 Usually, if I dislike something, I just put it aside and never speak of it again. But I hated this book so much that the sight of the cover alone still provokes a really strong reaction in me.

Written in a fractured, repetitive fashion, this book captures the inner workings of a troubled mind, but the style is so insufferable I had to skim just to make it to the end.

Ayesha at Last by Uzma Jalaluddin 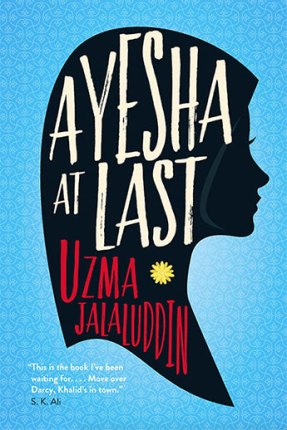 Confession: I received an ARC for this last year, read it, loved it, and then just…never reviewed it for some reason. I have no idea what happened, but I’ve been guilt-shouting it out and recommending it on Twitter ever since.

This book is basically Pride and Prejudice set in modern-day Canada with a Muslim cast. Warm and funny, it’s a rom-com all the way and fulfills every expectation of the genre. I will say this is not my usual flavor as far as reads go, but it’s such a feel-good story it won me right over from the get-go.

If you’re looking for something to add some levity to these dark times, you really can’t go past Ayesha at Last, so find it online and order a copy today! 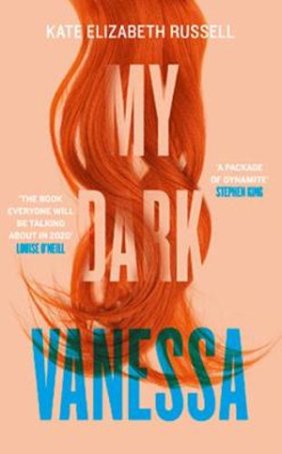 My Dark Vanessa is a bit of a buzz book at the moment, in part because another author, Wendy C. Ortiz, claims it was based on her book, Excavation, published in 2014. My Dark Vanessa is about a woman who comes to the slow realization that the “love affair” she had with her teacher while she was his student was actually abuse. It is powerful, provocative, and yet.

Something about this novel just didn’t go deep enough for me. The contemporary resonance is certainly there, with #metoo being in the spotlight on a daily basis now. And I get where Vanessa fits as she attempts to make sense of what felt like an important relationship in her past. The problem for me from an artistic standpoint is that it’s always obvious that what the teacher (Jacob Strane) is doing is wrong.

I think it would have been more interesting if Russell had managed to portray Jacob as kind and considerate, leaving Vanessa to reconcile her perspective on what seemed like loving behavior with society’s image of him as an abuser. I don’t know if it proved too difficult to achieve that balance, but I feel the book is weaker because of it.

I also felt that this book banged on about the Lolita connection a little too hard, and that it would have been more effective as a shorter, tighter read.

5 thoughts on “A Bumper Crop of Book Reviews Part One”