First, you should know: I didn’t want a sensitivity reader telling me what to write. My publisher insisted.

I get it. My novel includes plenty of provocative themes set in early California that might make some readers uncomfortable. Isn’t that the point of literature? It’s supposed to challenge our thinking. Stretch our minds. Create understanding. Sometimes, reading a book is an uncomfortable journey. But, we live in a time of heightened awareness around topics exploring race, sexual orientation, gender identity, ethnicity, and cultural backgrounds. And I’m a straight, white woman who wrote a novel littered with all of the above.

Still, I didn’t see the point in having a sensitivity reader censor me. After all, I consider myself a sensitive writer. I care deeply about racial justice and gender equality, and my heart aches at the suffering in America today. Plus, I’d already vetted my novel through a slew of diverse early readers who’d gifted me with incredible insight into particular perspectives I couldn’t understand firsthand.

In writing my novel, I’d hoped to shatter the negative stereotypes ingrained into the American collective consciousness about the Old West through dime-store pulp fiction and cheesy Western movies. The violent Native American. The Mexican bandito. The Asian cook. The heroic cowboy. And the desperate, helpless woman waiting on a white man to rescue her. Through all my research on early California, I knew those portrayals as incomplete and inaccurate. I wanted to create a more authentic narrative about the diverse women who helped build the West. 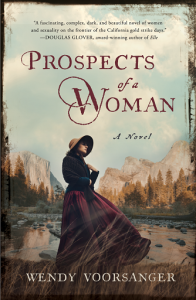 But in this cancel culture era, I didn’t want to get canceled before my novel even hit the shelves. So, I folded. I emailed my final draft to a sensitivity reader and held my breath. Waiting for comments back, I lay awake at night fretting and second-guessing myself. What right did I have to write about a gay man, a black woman, or a Californio? Did I culturally appropriate? Did I inadvertently include negative stereotypes based on my own unconscious biases?

Turns out, yes and no. According to my sensitivity reader, my novel held no glaring offenses, but a couple of minor ones that added up to something I’d not intended.

For example, my novel includes a Native American woman whom my white female protagonist (Elisabeth) hates for becoming her father’s lover. Elisabeth refers to the Native American woman as a “damn Indian,” which I’d considered a historically accurate portrayal of her anger towards this particular Native American woman, given the situation and the timeframe of 1850 California. But my sensitivity reader pointed out that by repeating the phrase “damn Indian” one too many times to demonstrate Elisabeth’s anger, I’d overtly emphasized the negative adjective (damn), creating two problems in the narrative. First, I’d watered down the Native American woman into a silent prop (“the damn Indian”) rather than a distinct, particular woman. Second, I’d unintentionally conflated Elisabeth’s anger with prejudice, creating a distanced tone that some readers might perceive inaccurately as a character bias that all Native Americans are “damn Indians,” which is not at all what I’d intended. In fact, in a later chapter Elisabeth envies a group of Native American women swimming with joy in the river and wants to befriend them. Finally, by repeating the adjective (damn) followed by the word “Indian,” I’d unintentionally amplified the very negative stereotype I’d hope to reframe, possibly creating the wrong impression of author bias against Native Americans. Yikes! Easy enough to drop the word repetition.

In another example, my sensitivity reader pointed out where I might’ve inadvertently created an impression in some readers that I lacked an understanding of sexuality orientation. My protagonist Elisabeth uses descriptions containing harsh prejudices and biases against gay sexuality that a woman from her background and time period (1850 California) would believably hold. However, in order to avoid unintended authorial bias, I needed to illuminate how the particular gay character experienced her prejudice. Full-blown development revealing the gay character’s interiority wasn’t necessary. I simply needed to add a gesture, phrase, or short description illuminating how my gay character might’ve received Elisabeth’s bias. These minor changes clarified that I, as the author, understood the pain of prejudice against gay sexual orientation in the present, while my protagonist Elisabeth in the past did not.

In the end, I took all of my sensitivity reader’s suggestions to avoid slipping into negative biases I’d not intended. Is that censorship? If so, I’m good with it, because my sensitivity reader guided me towards creating a much deeper, layered, and nuanced novel, while helping me avoid coming off as an insensitive writer.