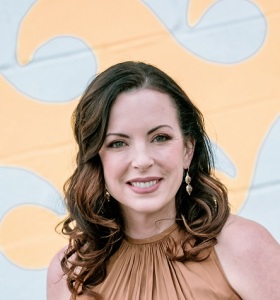 I laughed the first time I was asked: “What if your children read your book(s)? What will they have to say about it?” Only after the birth of my second child, writing became my profession. I’d never before borne the weight of my children’s future judgment. Quite a potent cudgel.

When I completed the first full draft of my first attempt at a novel (it lives in a box, where it will stay), my daughters were under three years old. For a year or so, the only interest my younger daughter had in my work was catching pages of my manuscript in progress as they slid into the printer tray and then hiding them in couch cushions around the house. She giggled as I chased her, gossamer curls bouncing.

Asked again and again in various forms—“I mean, would you want your children to read your work?”—I got irritated. A telltale hot flush swept up from the clavicle to flame my cheeks.

When my first novel, The Unprotected, was published in 2017, my daughters were in elementary school. They were immersed in Dav Pilkey and Jennifer L. Holm and Rick Riordan. They weren’t trundling the library shelves in search of psychological suspense.

This spring, when once again I was asked, “Well, will you let your children read it?”—it being my newest novel, Breach—I shrugged, and said, “writers’ children only read the dedication and the acknowledgements.” Now in high school, both of my daughters are voracious readers. One’s demand for high fantasy and the re-imaginings of Greek mythology is insatiable. Her nightstand is piled with Madeline Miller and Genevieve Gornichec. The other consumes novels in verse, and can’t get enough Amber McBride or Elizabeth Acevedo.

If I choose to ever answer that question again, I know what I’ll say. If I reframe the question, Do I want my daughters to read my work? as Do I want my novels to keep such incredible company? my answer would be Oh, so very much yes. Please yes.

On one hand, I don’t write for my daughters. They are not my audience. Have you ever read children’s literature? Middle grade novels? Young adult? I’m in awe of writers who can entrance younger readers, whose characters are real on the page and speak like their audience’s contemporaries. Young readers are much too savvy and sharp.

Really, though, I think of my girls every time I meet a new blank page. Rather than worry about what they will think about the words I lay down, the characters I talk to in my head, I think of how much honesty I want them to access in their lives and in whatever they make their lives’ work, and I grant myself that same limitless honesty and put it to work on the page. When I do that, I know I’m writing like a mother.

Motherhood—from the moment I learned I was pregnant, through the births of my daughters, surviving colicky misery, watching them make friends, have their hearts broken and mended, and now prepare for a life apart from mine—ruptured one identity, my cultivated, mid-twenties self, and transformed into a most honest and anxious and terrified version of me.

As my children have traded Kids Bop for Nirvana and Of Monsters and Men, and I have aged and changed alongside of them, my hold on identity is more slippery embrace than stranglehold. My writing has evolved as well. I don’t conceal anymore. I write fiction, a lie that accesses deep truth. I write like a mother.

Okay, then, what does writing from that place of honesty look like? I write from the senses. Our senses of touch, taste, sight, smell, and sound are our source material for understanding the world. I work in details—from the gritty to the sublime—in the earnest hope that honesty begets honesty and freedom begets freedom.

My girls never have to worry about me looking over their shoulders and judging their art. I’ll be too busy indulging my own. Writing like a mother is writing with the license you’d grant your children to live as fully and wide open as they can.

No other experience cracked me open—and continues to do so—like motherhood. So, I use it. I use every detail. Every smell. The vibrating exhaustion. The anger that swelled in me when the missing child was revealed to only be hiding and not missing. The bodily scabs and drips. Use it all. Write it all, and write it some more.

When I experience intense emotion, I feel it viscerally in my body before I can name it. Anxiety isn’t a gossamer, vague distraction. It’s a dry corner of toast lodged in my throat. It’s the damp pink skin beneath a stripped cuticle. Mother love isn’t cartoon hearts streaming from welling eyes. It’s the damp spot on my neck from the rhythmic, reassuring breaths of my swaddled infant’s open mouth. A child’s foot flexing against my calf as she falls asleep. A different kind of love is the heat of a bony knee pressed against the relaxed hamstring in sleep.

As I wrote Breach, my newest novel, I wanted to orient the reader squarely inside my main character Marleigh’s point of view. Novels, in my mind, are all about character. If I don’t care about the character—and this care can range in form from sympathy to schadenfreude—I won’t care what happens to her, and I’ll feel no need to keep reading. Give me a character who invites me to see the world through her specific, distinct lens, and I’ll follow her anywhere.

How can we do this? I won’t read a story if I feel like I’m being told what to think or how to feel. Reading was my first lesson in empathy as a child. I’ll never forget the frisson of excitement and gratitude, the realization that I was being given the opportunity to vicariously live a life utterly foreign to my own, on the page. I could see the world as the character saw it. I noticed only what the point-of-view character noticed. I heard only what she heard, smelled what she smelled.

Writing like a mother is wielding the minute, the banal, to whack at the large and purportedly universal. Too often we want to write about the big idea, the powerful sentiment. We want to educate and enlighten. Readers, like me anyway, want to participate in the narrative. I want to step out of my life and into the world of the writer’s creation. The most immediate access I have is the use of my five senses, my source material for living. And writing.

Marleigh came to me as a series of details. I began writing her story as a prose list. First, I saw her hands. They were wiry and tense, the nails chewed ragged, and they were strong. Fighters’ hands. I rarely see mothers of young children with their arms loose by their sides. No, they’re being tugged in different directions. I pictured Marleigh standing with one palm extended, a stop sign. Her other arm stuck straight out behind her, a grip on her boys. Her small body stood between her children and the world. I knew, from that posture, who this young woman was, and I had an inkling of just how far she would go for the people she loved.

The honest, telling details got me there. Give it a try. Show the reader what the character sees, tastes, smells. Let us feel the scrape of sand on her heel, the icy lick of a wave on her toes. Go for it. Write like a mother.

Kelly Sokol is the author of Breach and The Unprotected, which was featured on NPR and named one of Book Riot’s 100 Must-Read Books of Pregnancy, Childbirth and Motherhood. She is a Pushcart Prize-nominated author and MFA creative writing graduate. Her work has appeared in Alpinist, UltraRunning Magazine, The Manifest-Station, Connotation Press, and more. She teaches creative writing at The Muse Writers Center. When she is not reading, writing or parenting, Kelly dreams, in color, of the mountains. She can often be found running in the backcountry. She resides in Virginia with her family.

Here’s how to find out more about Kelly: