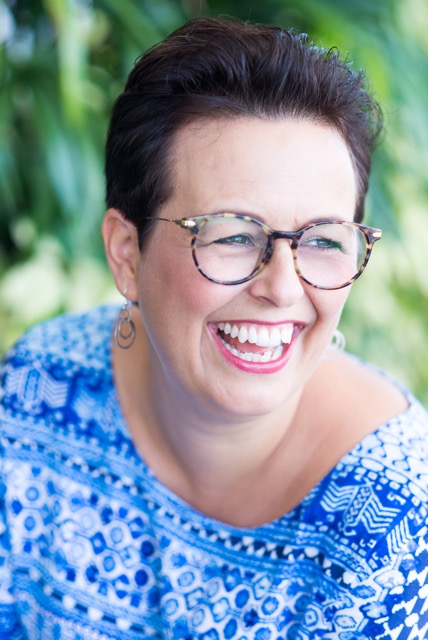 Joanne Pasquale began her career in the late 80s / early 90s writing about homes and interiors for women’s magazines in the UK. For fifteen years she worked full time as a writer and sub-editor before going freelance. When Joanne and her family moved to Singapore in 2014, she set up her own company, Pasquale Publishing, where she offered her feature writing skills to magazines and expat websites. Whilst in Asia Joanne edited a book for a French ‘nose’ and contributed to a book about Singapore’s famous shophouses. Her own book, A Positive Result, published by Summertime Publishing, is a memoir based on her life as a mother of a child with Down syndrome.

​When Jo and Cliff were told their child had Down syndrome at the 15th week of pregnancy they had little idea of what this meant. Determined to provide the best for her son, Jo found Jamie could teach her as much as she could teach him. This is her story of how it feels living with a child who is ‘different.’ With humour, determination and some sadness, Jo gives the reader an insight into a world where everyday tasks can be a struggle and simple things mean a great deal. She reveals how that extra chromosome may make Jamie different, but really, he is just the same as other children – given half the chance.

What’s the background for this story?

I’ve written lots of fiction and always assumed my first finished book would be a novel. When I became pregnant with Jamie, my second son, and we first received the diagnosis that he was going to have Down syndrome, I began a diary about how I was feeling.

I began a creative writing course when my third child was born. My tutor was a fantastic mentor who encouraged me to tell ‘my story.’ Week by week he and my writing friends spurred me on and I wrote chapter upon chapter about the trials and tribulations we were facing as a family with a child who has special needs.

It became like therapy. I knew what I was writing was just what I needed when Jamie was born. That maybe it could be something to help, support and inform others.

With the current emphasis on #ownvoices, how does a caregiver avoid appropriating the disability narrative? Do you think a distinction between physical and intellectual disability comes into play?

It took me a long time to admit that really, the story is about me. Me as a mother of a child who has Down syndrome. It is my opinion, my feelings, my thoughts, my voice. My memoir. Of course Jamie is a huge part of it. As are his siblings and my husband.

I did worry that Jamie – and all my family – would not appreciate my laying our personal life out for all to see. So I asked each of them if they minded; without fail they supported me. I explained it to Jamie as best I could, but honestly was never sure if he understood what it really meant.

Jamie often self-talks and when I presented him with a physical copy of the finished book, he began talking away to himself, hugging the book and appeared very excited. He amazed me with the narrative he gave to it. He said the book was about him, using words like Down syndrome, baby, little boy, trying hard and so on. He knew exactly what the book was about. I will read it with him one day but haven’t yet (he will show me when he’s ready).

In answer to the second part of your question, I can only speak on behalf of myself and my family. For me, I know Jamie’s understanding of the world is often greater than his ability to express his feelings and thoughts, therefore I do sometimes have to do it for him. Sometimes I get it wrong. But we constantly try to give him a voice. We encourage him to express himself in whatever way he can. Through talking obviously, but also through independence skills, social skills, sign language, pictures and sometimes just by telling him it’s okay for him to be angry and frustrated and show that.

If Jamie had a physical disability and no intellectual disability the help he would require would be very different. He could make his own voice heard much easier, but his needs still might not be met without support from someone else. But his disability – and I hate calling it that, I prefer challenge – is intellectual.

What challenges did you face finding a publisher?

I first thought seriously about publishing A Positive Result some years ago and at the time researched and sent the manuscript to publishers that had published similar memoirs. I think I approached four or five different publishing houses and heard back from one – with a no. I then put it to one side thinking I was happy that I had finished it and that was enough.

When we moved from the UK to Singapore, suddenly the time felt right to try again. I’d had friends who had self-published and was considering this as an option. I sent it to a few trusted writer friends as well as friends who had children with special needs. They were all enthusiastic in their response and encouraged me to try to publish.

Self-publishing seemed my best option. But I felt that negativity that surrounds self-publishing bubbling around me all the time – that it was vanity publishing, that if the book was really worthy of publishing a traditional publisher would pick it up, that my writing wasn’t actually good enough otherwise it would have been, and so on.

Which is when I hit upon partner publishing and found Summertime Publishing. At the time, the company came up through a search I did for publishers of books written by expats. I liked the ethos of the company so approached them.

Can you explain the difference between self- and partner- / hybrid-publishing?

Honestly, I still struggle to define it myself. The way it was explained to me by Jo Parfitt, who owns Summertime Publishing, was that it means I would get help with all aspects of the publishing process such as design, ISBN, sales and so on, but critically they would also make sure the book was editorially sound. It wasn’t just a case of proofreading and checking grammar; in fact, I ended up re-writing pretty much the whole book.

Jo insisted that I dig deeper. That I needed to ‘show’ more, that I build the ‘characters’ more – I’d never even thought of Jamie, or my husband as a character as such. I found this incredibly hard to do but can see the book is so much better for it. I literally had to go back in time – watching old home movies to see when it was exactly Jamie first wore glasses, or what Sam sounded like as a ten-year-old. It took hours.

Jo also suggested I add ‘tool boxes’ at the end of each chapter to make it more of a self-help book. I strongly disagreed with this as I didn’t want the book to be viewed as a self-help book. It was always a memoir of MY/OUR experiences, not a ‘this is what having a child with Down syndrome is like’ book. In the end, we compromised, and I separated the parts where I give information and further reading details to the end of each chapter for those who wanted to know more. Again, I think this made the book better.

Jo also reassured me that they were not a self-publisher as they only took on a limited number of new authors and could – and did – turn down books. However, this is really only vanity on my part and I now think self-publishing is a route I’d consider in the future. I hope the stigma attached to self- and partner-publishing is readdressed soon.

Any tips you’d like to pass on about publishing this way?

Be prepared to wear many different hats. You are your own marketing department, PR guru, design expert, book launch team, promotor, post woman and advocate. You also have to factor in things like printing your own books if necessary, arranging distribution outside of the Amazon route and much, much more.

Know your book inside out and stand firm in what you want your book to achieve. As I said, my editor wanted the book to have a self-help feel and this wasn’t what I wanted. I dug in my heels and she respected my opinion. I’m very pleased I did.

It can also feel a bit disconnected so be prepared for this. I remember feeling an immense amount of disappointment when the book ‘launched’ and I didn’t even have my own physical copy. It took a few weeks for my books – that I’d had to have printed locally myself as I was living in Singapore and the postage was completely prohibitive from the UK (where Summertime were based) – finally arrived. It was a bit of an anti-climax, especially when friends and family wanted their signed copies and had to wait weeks after the launch for them.

As I was working in a different time zone to my publisher, that also proved tricky at times. I’d wake up and want answers to things and have to wait most of the day to hear from someone. And I’m sure they felt the same. The front cover designer was in Spain, so that also proved interesting. Patience became a good friend of mine. I often got up in the middle of the night or stayed up very late to ensure I could communicate with the team back in the UK.

Living abroad did offer a number of opportunities – such as visiting the fantastic Steps with Theera to talk to them and do a book signing. This wouldn’t have even been a consideration had I been living in the UK then. The world seems smaller once you have lived away from home.  Living on a different continent gave me a wider audience I believe, which is so important when promoting a book like this. I hope to now promote the book properly across my own continent as well as take it to the States and further. After all, there are people with Down syndrome all over the world.

For more information on Jo and her work please visit: