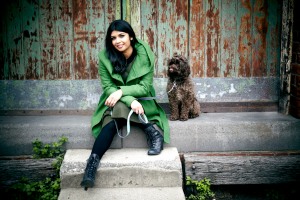 Melissa Keil is a writer and children’s book editor. Her first novel, the YA romantic comedy Life in Outer Space, was the winner of the inaugural Ampersand Project, Hardie Grant Egmont’s initiative to find unpublished Australian YA writers. Life in Outer Space was shortlisted for the Gold Inky Award, CBCA Book of the Year (Older Readers), WA Premier’s Award, and the Prime Minister’s Literary Award. It was also the recipient of the 2014 Ena Noel Award. Her second novel, The Incredible Adventures of Cinnamon Girl, was published in September 2014 and has just been shortlisted for this year’s CBCA Book of the Year (Older Readers).

Like most writers, I wrote since I was quite young, but was never really confident with my work or my voice. Working at a children’s publishing company, I had the opportunity to write some small, in-house projects, to have some things published that didn’t have my name on them but had my words. I had quite a few unfinished novels floating around on my hard drive, but being trained as an editor, and meeting other writers, really gave me the impetus to commit to finishing a bigger project.

The Incredible Adventures of Cinnamon Girl is my second novel, which was published in September last year. It’s a romantic comedy about a comic-book-loving young writer and artist named Alba, who is living in a tiny town in rural Victoria, Australia. She has just graduated high school and is facing all those questions about where the next stage of her life is going to lead. And there is a potential end-of-the-world situation looming on her horizon. Alba allowed me to explore a female character that I’ve always wanted to write – she’s confident, brash and loud, and comfortable in her own skin, but is still struggling with her place in the world and how best to use her talents. And it gave me the chance to research comic books for a year, which was great fun.

I work part time as an editor in a publishing house. The rest of my days are spent in front of my computer or immersed in research for my new novel. It’s great to have the balance between a structured day job, and the somewhat chaotic, unstable life of a writer.

I try to structure my free writing days as I would a regular job – so out of pajamas by eight am, coffee in hand and manuscript documents open. It doesn’t always work that way though! I freely admit that I’m a master procrastinator.

I have a set goal of 1000 words a day – sometimes this takes a few hours, sometimes I will still be at my computer long after the sun has gone down desperately seeking those last few hundred words. I am more of a “pantser” than a “plotter”, but I am meticulous with my research and do keep copious plot notes as I’m drafting. I’m also very visual (I studied film before I studied writing), and love creating elaborate “mood boards” of images related to my book. It really helps me get into the head of my characters if I can see elements of their world in front of me. Both my novels also include quite a few pop-culture references (the protagonist in Life in Outer Space wants to be a horror movie screenwriter, for instance), so I spent quite a bit of research time watching movies and reading the screenwriting books that he would be familiar with.

I suppose for the same reason that all writers write – a love of story, and a desire to communicate. I particularly love writing for young adults; there’s such a wealth of possibility and hope in their stories, which is a great space to be in.

The young people I’m lucky enough to meet on my travels – the kids who approach me at schools and festivals, who write to me with such lovely, insightful, interesting things to say about my books. I think all bibliophiles know the particular passion that favourite books inspired when we were young, and that feeling is something I don’t think is really reproducible in the same way as adults. I’m very privileged to be part of the YA world.

Maintaining focus on the work-in-progress while needing to juggle the myriad of other things a writer needs to do to make a living. Keeping that balance between the “internal” world that needs to be maintained in order to bring fictional lives into being, and the real-world life of being a writer.

I’d like to see more books, particularly for young people, that are not “gender-branded”. I’ve been fortunate that my publisher had a vision for my novels that they would be accessible by both male and female readers (even though they belong to a genre that’s generally kept out of the hands of boys). And so far the response from my readers of both genders has been incredibly positive. I’d love to see the gatekeepers (including publishers) be more open to the types of stories they encourage young people to read.