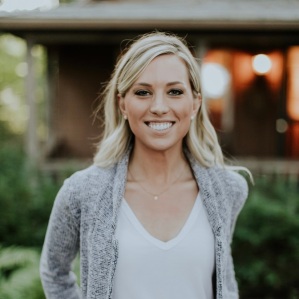 My childhood home was just west of Minneapolis, Minnesota, where the city’s suburbs dissolved into the farmlands of the Midwest—the same area Laura Ingalls Wilder called home in the 1800s, living with her Ma and Pa in a sod-house on the banks of Plum Creek. But it was Christmas Eve in 2005, on a silver snow-covered country road that the first seeds of the Dovetails in Tall Grass story were planted in my heart. I was a high school student—cozy, riding in my parents’ Suburban, making the final turn to my grandparents’ home, when I spotted something new. Headlights illuminated unusual shapes moving across the darkening horizon. A group of men on horseback. Curious, I asked my parents why people were riding in the cold. My mother explained: “They’re Dakota who are marching to show they haven’t forgotten what happened here long ago.”

I felt compelled to learn what they hadn’t forgotten. And quickly I found out that the riders I crossed paths were the Dakota 38+2 Riders—a group that still rides every December from Lower Brule South Dakota to Mankato, Minnesota (330 miles)—riding to commemorate the war that resulted in the largest mass execution in United States history. The war was also the largest mass civilian casualty event until the events of September 11th, 2001. How did I not remember this from my history classes?

From that Christmas on, I picked up any book I could about the US-Dakota War. I knew before my family arrived, the Ingalls and other settlers called Minnesota home. But before them? I hadn’t thought much about any others who’d been here. So, I educated myself. I learned about the Dakota-Sioux people, about proud warriors, and hunters.

Years passed and my interest never waned. During graduate school I dug into the scholarly articles. I learned about the violence of westward expansion that ended many lives and changed so many others. The war that sparked the next three decades of warfare, massacre, and genocide of the Indigenous people of the plains.

Eventually I started to see the history, especially the injustices, through the lenses of two young women. Over a decade of research and writing later, those lenses are now “Emma” and “Oenikika” and the history plays out through a fictional tale of Dovetails in Tall Grass. This was my approach to the research, writing, and publishing process:

Samantha Specks is a licensed independent clinical social worker. She and her husband live in Houston with their baby (Pippa) and fur baby (Charlie). When not in Texas, they enjoy spending time on the lakes of Minnesota and in the mountains of the Roaring Fork Valley in Colorado. Dovetails in Tall Grass is Samantha’s debut novel. Currently, she is writing Dovetails of a River, which is set at the Battle of the Little Bighorn. For more information, please visit https://samanthaspecks.com