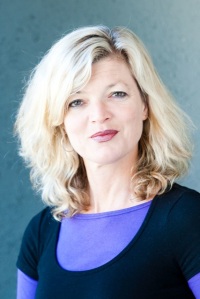 Sian Prior has been a journalist and broadcaster for twenty-five years. She is also known to many as a singer and MC, and for her former environmental activism and community arts work. Her career highlights include presenting arts programs on ABC Radio National and 774 ABC Melbourne, and writing a weekly personal column for The Age for three years. She has had several short stories published, and some essays in literary magazines such as Meanjin. She has also been teaching non-fiction writing for the last decade at RMIT University and for writers centres around Australia. Last year, Sian completed a PhD in Creative Writing at RMIT, for which she wrote Shy: a memoir (Text Publishing).

Other than producing some short stories as a teenager, my writing career really started in radio and it was a great way to begin. Writing for radio inevitably means writing for the voice—for conversation—and that has helped me to focus on finding ways to make my writing as accessible as possible.

My book, Shy: a memoir, was published in June 2014 and since then I have had a lot of emails from shy readers who tell me they have found it very helpful in explaining this form of anxiety that has plagued them forever. I would love it if all shy people recommended it to other shy people, as well as to non-shy people who might be struggling to understand why we shy folk find socializing so challenging at times.

I mostly work from home in my spare room-cum-office. I have a huge desk covered in files and folders relating to all the different projects I work on. Outside my window there is a sunny balcony onto which I rarely venture (I tend to get stuck in front of the computer) but from which I can see a beautiful big gum tree on the front nature strip. This tree does a striptease about twice a year, shedding all of its bark over a couple of months, and each time it happens I am full of admiration for its willingness to bare itself to the world. It’s inspiring, especially for a memoirist.

WHEN DO YOU WORK? WHAT HAPPENS IN A TYPICAL DAY?

I work Monday to Friday and try to keep the weekends for fun (and for music rehearsals, which are fun). Unless it is a teaching day at RMIT, I tend to start work around ten, ignore lunchtime, and finish about four or five, when I usually go and swim laps at the Fitzroy Pool.

I usually toggle between different projects. Last year I moved between preparing and marking teaching-related work, writing my PhD, generating blog posts and freelance articles, answering emails from readers and students, practicing for my next singing concert, preparing for talks or MC’ing events, and noodling around on Twitter and Facebook. I have a low boredom threshold so it helps me to move around between different activities when I feel my energy flagging.

I am deeply curious about people and ideas, so working as a writer and a broadcaster has enabled me to explore an infinite number of angles on how the human brain works. And I love teaching because I enjoy seeing other people’s curiosity being sparked by the things they are learning.

Curiosity and a love of learning run deep in my family. My mother is a research academic who has discovered many useful things about human psychology during her long career. My brother is a doctor and medical researcher, my sister is an actor and theatre academic, and all four of us have (or nearly have) PhDs. We just can’t get enough information to satisfy us, which is a very satisfying way to live.

Thank you, Sian Prior!