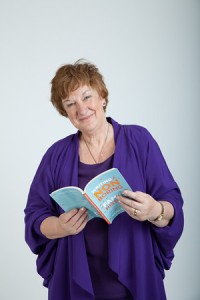 Best known for her classic picture book There’s a Hippopotamus on Our Roof Eating Cake, Hazel Edward writes fact and fiction for children, adolescents and adults, shared in varied formats including Braille, apps and theatre. She’s researched as an expeditioner in Antarctica, is a national Reading Ambassador, mentors “Hazelnuts” and also writes a birthday story for each of her grandsons. With her son Trevelyan Quest Edwards, who inspired the hippo book as a 4-year-old, she has co-written adventure memoirs such as Cycling Solo Ireland to Istanbul and Trail Magic: Going Walkabout on the Appalachian Trail (Trevelyan did the walking).

Hazel’s unusual memoir Not Just a Piece of Cake – Being an Author will be out in mid-2015. Hazel received an OAM (Order of Australia) for Literature in 2013. A board member of the Australian Society of Authors, she offers hints and links for aspiring writers on her website and has her own online bookstore. Her hobby is belly-dancing.

My first published novel was General Store, contracted by Hodder; in the same year I had my first baby. I was 27. I’d lived in a country store as a teenager and used the setting but the young adult novel is fiction. It was translated into Finnish, which was a special thrill, even if I couldn’t proofread the translation. There’s a Hippopotamus on Our Roof Eating Cake was my third book and its popularity since 1980 has enabled other projects to be considered.

Despite running workshops on “Writing a Non-Boring Family History”, with the emphasis upon non-boring, I’d avoided writing an autobiography or family history myself. But after a health scare last year, and being unable to fly, I tackled a quirky memoir, Not Just a Piece of Cake – Being an Author, for the intellectual discipline of writing in a different way, which I’ve named “anecdultery”— anecdotal associations rather than chronological boredom.

I’ve also been co-writing Hijabi Girl , a junior chapter school story with a Muslim children’s librarian, but find the subject constantly rejected by publishers for political reasons. So I’ve added an Aussie Rules girls’ football team to the school story and a hijabista-designer mother with club colours on the fan hijabs. We’re still trying.

Authorpreneurship; The Business of Creativity is the kind of book I wish I’d had 4 years ago when I started to learn how to make my previous backlist of still popular but out-of-print books available for readers via my website. It’s been my digital apprenticeship.

I’ve had a home office for years, which has saved much frustration in peak-hour traffic. I use Skype for author webchats to China, New Zealand and rural remote areas—or for interviews, launches and keeping in touch with interstate colleagues.

My website, which has a newsletter, is also an important way of sharing media resources.

I even added an Antarctic Literature page because so many students are studying Antarctica.

As a format-challenged writer, I learn a tiny, new digital skill each day. My wonderful marketing manager daughter, Kim, has hauled me into the current century with a self-managed website and various mobile devices. I can work anywhere now.

Collaboration with other artists has also helped me learn new skills. Let me share my experience of the f2m; the boy within documentary, filmed with psychologist-author Meredith Fuller:

After the release of f2m; the boy within, I was fed up with reviewers asking for copies and then not writing about the book. Many felt threatened by the subject of transitioning gender and felt it was too diverse.

When Meredith requested a review copy, I said no. I told her about the English teacher at a literary festival who threw our book in the bin, warning her students not to read that rubbish. (Guaranteed more readers immediately). And about the White Ravens nomination for the best international YA books that year. f2m; the boy within was on it and the novel was included in the Schloss Blutenberg international youth library of books contributing to tolerance, situated in Munich.

Meredith offered to buy a copy of the book and arranged a Salon of psychologists to hear me talk about collaborating with family friend Ryan (an ftm / female to male) in writing the novel. Then Meredith and I wound up doing a 25-minute interview-based documentary on REACTIONS to f2m; the boy within, as suggested by Meredith’s partner, Brian Walsh. We thought lives might be saved if prejudices could be explored.

It took nine months to coordinate filming and production, and our documentary premiered in regional Shepparton at the Out in the Open Festival, the same week the book f2m; the boy within was put on the “Ban” shelf in an interstate library, along with Huckleberry Finn, Captain Underpants and a non-fiction, natural history book about two male penguins sitting on an egg.

So out of mistakes, sometimes good things occur. I now prefer to compliment Meredith, rather than rudely say “No.” And I consider f2m; the boy within as the most significant of my 200 published books, and the most likely to have a long-term effect on lives.

Youtube brief version of f2m; the boy within doco

To live more intensively through participant observation, and to continue to learn in new areas.

The juxtaposing of incongruous ideas.

Being in the company of interesting minds and re-creating that privilege, via words, for others.

Fabulous fan mail like “Us mob likes your stories. They make us laugh.”

Or parents who email to thank me on behalf of a very sick or disabled child whose favourite and worn-out-from-reading-daily book is Hippo.

Many so called “ordinary” people lead extraordinary lives and their stories need to be told. Badly behaving footballers on the front page are NOT heroes. Quiet heroes matter as realistic role models, and often authors translate them into fictional characters who have an impact beyond the pages.

The % of administrivia in proportion to the original writing. An author needs to be multi-skilled and an “authorpreneur”.

The assumption that writing for children is easier because it’s shorter and that the author’s IQ is on par with the age of the reader. Writing well for children is harder. And they are honest about what they think. Also very loyal fans.

Greater tolerance by getting inside the world of someone different from you, via the book, and then acting with more compassion after closing the book.

I’ve recently written “The Upside-Down Insect with No Name Tag”, which is a fable which could be used when discussing asylum seeker children in detention and maybe cause others to change laws.

I’d love more of my books to be performed for theatre or adapted for television. “Sleuth Astrid the Mind-Reading Chook” who rides a Harley and solves mysteries like the footy coach’s lost voice on the day of the Grand Final is my favourite easy-to-read, especially for boys.

I’d also love to see more respect and appropriate payment for creators, who are our potential problem-solvers. Intellectual capital, long-term, is more important than real estate.