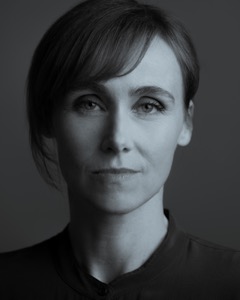 Rebecca Whitney’s debut novel, The Liar’s Chair, was published in January 2015 by Mantle/Pan Macmillan, and is Loose Women’s November 2015 Book Club choice. She is currently working on her second psychological thriller, as well as writing features, and tutoring for both Guardian Masterclasses and the Creative Writing Programme in Brighton. She lives in Sussex.

The Liar’s Chair by Rebecca Whitney

I’ve always written, it was a secret compulsion, and I racked up many notebooks of stories and poetry. It wasn’t until I took a career break to have children that I began to take my writing seriously. I knew I didn’t want to return to my former career, so producing a novel became a serious prospect, and I took a creative writing course to help me get there. My first break came when my now agent, Sue Armstrong, picked my submission off the slush pile — she was initially attracted by the title apparently. She emailed to say she liked what she’d read and wanted more. That was a moment of pure validation. Up until then I’d been writing blind, with no idea if anyone would want to read my rather strange and very dark story.

The Liar’s Chair was released in January 2015, and is the story of a woman who’s unravelling in a highly self-destructive way. A lot has been made of the toxic marriage at the heart of the novel, but I like to think of the book as my heroine’s journey towards self-discovery. When we start the book, Rachel has accumulated many bad habits, her husband being a major one. Over the course of the story we begin to understand why she’s attracted to people and situations which do her no good.

I’ve a small office in our attic. There’s enough space for a desk, a chair, some books and personal treasures. The window is a Velux which frames the sky. It’s womb-like, and has all the weird old stuff I collect that my family don’t want in the house, mostly keepsakes from ancient relatives — I’m very sentimental.

When I get stuck I like to change my writing space. Sometimes I use my local library, a beautiful building, old-fashioned and quiet as libraries should be. More recently I’ve been borrowing a friend’s garden shed. It has a woodturner, desk and no WiFi. Perfect.

I know I’m supposed to say every day, but the truth is I don’t. Weekends are almost impossible, and even though my kids are pretty self-reliant now, school holidays can be very full. If I’m constantly battling to get to my desk, it can make me very unhappy, so I gift myself days off when I know it’s going to be difficult. Getting back to my desk, I’m refreshed rather than guilt-ridden. That said, being in the thick of a book, I’m never away from the story. Sometimes the best ideas come to me at really odd times. I carry a notepad to write them down for later.

I start with an idea and see where it goes. The plotting process comes after a couple of drafts, but often I find the plot points are instinctively where they should be. I know many people work the other way round, but my story and characters grow and change with each draft. It can be a chaotic and frustrating process, but it gives me room to respond to new ideas. Each writer has to find the method that works best for them.

I worry about everything, and always jump to worst case scenario. I’d make a great criminal as I see risk and opportunity in the most mundane situation. Writing transplants my fears onto the page. Even when I’ve spent a day producing dark worlds, if the work flowed, I come away euphoric. It’s meditative.

And there are times when I feel frustratingly inarticulate in the real world, so writing helps to formulate what I want to say. Honing a sentence to communicate in the most succinct way possible is liberating.

It can be anything from a conversation with a friend, to a news item, or an event which crosses my path, but it will be enough for me to think “what if”. I’m fascinated by philosophy, psychology and science, and these different ways of looking at the world often inform character and plot. Pieces of a story can slosh around in my brain for a long time before I turn them into something. Other times an idea can pop up from my subconscious and I’ll have no notion where it initiated.

I also read a lot, which gives me a thirst to do better, and I watch films. My stories begin as images before words go on the page.

Time is a hurdle — I never have enough. I’m a terrible insomniac, and could work or read well into the night, but then I’d need to sleep until midmorning which isn’t practical. If I had an extra four hours in every day, I’d be set. Self-doubt also plays a huge part in being non-productive, and while that critical element is vital, I struggle with keeping the faith in whatever I’m working on. There are always going to be more interesting, pithier, intelligent writers, but I try to connect with the writer I am, not the writer I’d like to be.

I used to think getting published would be an end to the self-doubt. Having my book out in the world has been the most wonderful experience, but I didn’t predict how once published, this new set of fears and anxieties would descend. Being judged publicly can be hard, as can producing new work under a spotlight.

To keep writing and improving, and to concentrate on the daily process of producing work I’m happy with rather than long-term goals. I’m in awe of most people I’ve met in the publishing industry — they work extremely hard and are passionate about their authors — so there’s nothing I would change there.

Jo Bloom (Ridley Road) and Tasha Kavanagh (Things We Have In Common) are both fantastic debut novelists. I was also blown away by Melanie Finn’s Shame.